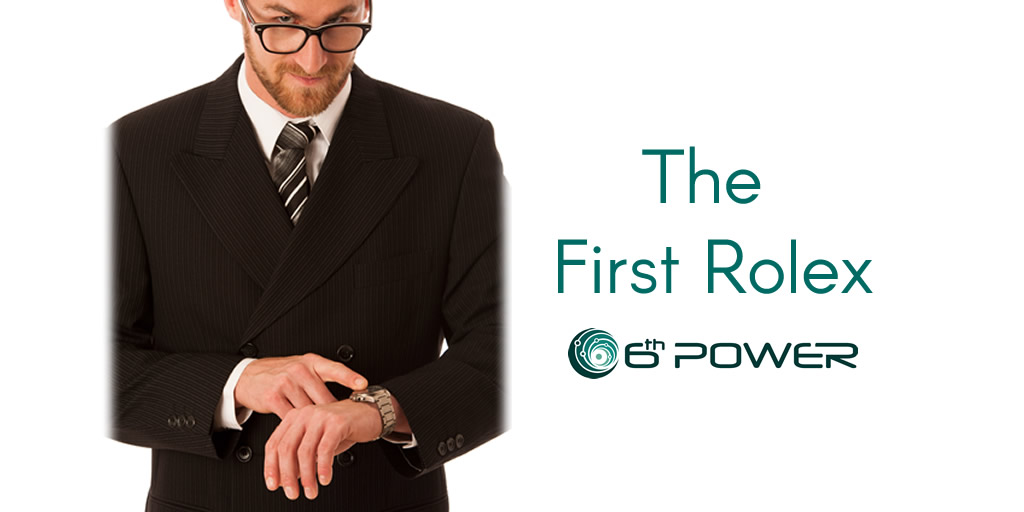 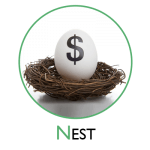 ‘There is No Destination’ Series:  A Purposeful Nest

Pete slid the mahogany drawer open which beautifully displayed a watch collection that would be coveted by any connoisseur in the world.  He wasn’t truly a collector, he simply enjoyed owning and wearing expensive watches. For Pete, an impressively branded watch was a marker of success.  When beginning his professional career, he set his sights on acquiring a Rolex. Its iconic brand seemed the most efficient way to display success with a limited salary. In college he’d actually bought a fake Rolex in NYC for $100 but quickly realized that not only did the time display inconsistently, it made him feel like a fraud when people admired it.

Once he dropped $2k on his first real Rolex, he was hooked on the success statement that sat on his wrist. He adored his Rolex…. until the day he discovered the Hublot store in the mall with his friends. The $100K diamond-encrusted Hublot sparkling from its locked case made his Rolex look like a Swatch watch.  He found himself putting his hands in his pockets and he felt like the sales associate was looking at him with pity.  He vowed that day to get a Hublot as soon as his bonus came in next year.

Pete reviewed his collection and stared at the Hublot that he hadn’t worn in 25 years. Now it seemed like child’s play.  The Hublot paled in comparison to his Panerai, Piaget and finally his Piguet, the one he wore most often.  He laughed with a bit of chagrin at the amount of money sitting in that drawer.  He justified them now as an investment, which perhaps they were, but shook his head at the real reason he’d made those purchases.  It had nothing to do with long-term investment, but everything to do with proving his worth to others.

Pete had grown up with very little, living on a farm in northern New York outside Rochester.   It was a simple life, one that he enjoyed, until he didn’t.  His first trip to NYC at age 12 changed his view of the world.  The opulence, the pace, and the wealth equally overwhelmed and captivated him. He spent his teenage years jumping on any opportunity to venture into the city with his parents, friends, and older brother. He was enamored with the lifestyle and he grew resentful of the simplistic way of life his parents seemed to enjoy. He was determined to escape and become “somebody”.

His vision to be a rich investment banker had been realized well beyond his dreams.  Yet, as he stood staring at the insanely opulent collection, he strapped his favorite $500 Nixon waterproof watch happily around his wrist. Getting to this point had been a long fought battle to ” Keep up with the Jones”, endure inane conversations with uber-rich peers, and present a façade of happiness in the dripping wealth of a penthouse apartment and every luxury his family could imagine.

It was one simple yet pivotal question from his trusted mentor and Timex-wearing cycling buddy; “Are you happy?”  that completely altered his long held perceptions.

At first he was perplexed by how to answer.   He wanted to say “Have you seen what I have? …who couldn’t be happy with this life?”.  As they rode the scenic countryside of Westchester County, he finally was able to acknowledge that he already knew the answer. It was not an easy admission, but it was time.  His marriage had been over for years, most of his friends in truth were shallow, and he recognized they did not have the capacity to really care about him. His own children had shunned the lifestyle he provided, ironically, just as he’d done to his own parents. His daughter was in the Peace Corps in Africa and his son was teaching English in villages in South America. Neither had any desire for the ostentatious watches that he had always imagined proudly passing down to them. His “light bulb” moment had come the day his son Joseph said “Dad, if you don’t want that Hublot, I could sell it and buy the entire village a water treatment system that would change their lives”.

Pete now looked at his collection one last time before he put all but one, his original Rolex, into a box to be sent to Sotheby’s auction house.  He was selling his collection to fund a South African project that his daughter researched regarding the need of educational tools and supplies for the villages. The rest would be going to water systems in South America. His Rolex stayed put.  It was a symbol of where he started, learning who he really was, and what was important in his life. His days of proving his worth to others was over, because he’d finally proven his worth to himself.

After retiring from investment banking, amicably separating from his wife who didn’t share his new found perspective, and unloading his penthouse to live a “cleaner” life, Pete traversed the world sharing his story and message for all the young future Rolex dreamers to consider:

Pete hopped on his Trek Madone performance bike, a luxury item that truly brought him joy, and rode the farming countryside with a lightness in his spirit he hadn’t felt in a long time.  Sending off that box of watches was literally a weight off his soul. As he rode with no destination in mind, he smiled and accepted that his journey was the most undefined and unencumbered it had ever been and he couldn’t be happier. Next week he was heading to Chile to meet up with his son, he’d just talked to his daughter who was thrilled with the prospective funds for supplies, and tonight he was meeting Sally, the organic apple farmer, at the local pub for a drink.  Ahhh, life was simple, he was grounded in joy, and was fully embracing the present.